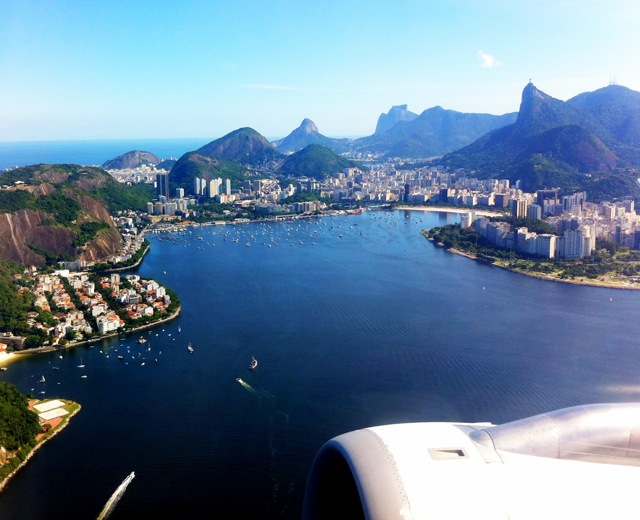 In January 1502, Amerigo Vespucci stumbled upon a bay in southeastern Brazil with a landscape like a serpent’s knuckle. Mistaking the spiny cove for a river, Vespucci dubbed it “Rio de Janeiro,” Portuguese for “River of January.”

Rio de Janeiro’s inhabitants at the time were a relatively peaceful tribe of forest dwellers called the Tupinamba, or Tupi for short. Because of their careful grooming and penchant for bathing daily in the sea, the Europeans regarded the Tupis as ‘noble savages.’ The nickname was dropped after it was revealed the Tupi dabbled in a little ritualistic cannibalism.

The Tupis were eventually enslaved by the Portuguese, who also stole natives from central Africa to work on the country’s thriving sugar plantations and later, its gold mines. Rio de Janeiro saw more than two million forced through its harbor, the largest slave entry point in the colony. In 1888, Brazil became the last in the New World to end slavery.

Let’s fast forward a bit to 1964. By now the Portuguese monarchy has been overthrown. The city’s been ”Europeanized” – think grand boulevards and sidewalk cafes – and a new tunnel connects downtown with the beaches in the south. Hotels like the Copacabana Palace have made Rio an exotic destination for Hollywood’s A-list.

A photo of Copacabana Beach in 1957 from Luiz Fernando Reis

The city was booming. At least for the rich.

Rio’s early plans for its poorest citizens consisted of one word: removal. After their homes were destroyed by the state, thousands fled to the nearby hills. The city’s famous favelas are born.

Around this time the bigwigs in the United States weren’t too happy with Brazil’s President Joao Goulart. He was a little too friendly with socialist countries for their liking. They pumped money into the pockets of opposition groups and he was removed by military coup in 1964.

For the next 20 years, dictators ran the show and Rio de Janeiro slipped out of the international spotlight.

The dictatorship correlated with a booming economy. Despite the construction of bridges, subways and landfills, the city was regarded as a bleak and dangerous place until the dictatorship was overthrown in the 1980s. Brazil became a democracy and Rio’s citizens – the Cariocas – reclaimed their city.

Again, everything was peachy for those above the poverty line.

Migrants from the northeast and interior of Brazil, areas even bleaker than Rio, had poured into the city, joining the poor in the drug-lord-run favelas.

Inside the Rocinha favela in Rio de Janeiro

The government’s solution for dealing with the poor at that time was a little more on point, but still far from the goal. For a while they tried to run the drug lords out, merely leaving the top of the food chain open for the next drug lord.

In 2008, the police decided to stay behind after ousting whichever machine gun-armed person was in charge. This was called pacification and it also involved pouring almost USD $2 billion into innovative projects like running water and sanitation services for the poor.

Over the past decade, about 35 million Brazilians have moved into the middle class.

Despite the gains, there is still growing discontent over the lack of education and healthcare spending, especially when compared to the $14 billion invested in the upcoming World Cup and Olympics, which will both be hosted in Brazil. When officials upped the price of a bus ride by about USD $0.09 in early 2013, it was the final straw.

In June 2013, more than one million people marched throughout the country to protest the bus fare increase. The fares were lowered in response to the protests, but it appears the people have just begun.

Protests have continued throughout Brazil. In July, trade workers rallied for better working conditions. More than 100,000 people blocked 80 sections of highway throughout the country. Some media outlets are calling this the “Brazilian Spring.”

And of course we got caught in the middle of it during our visit. 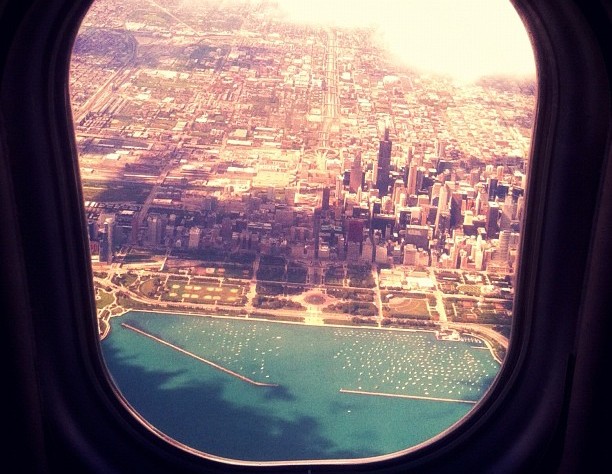 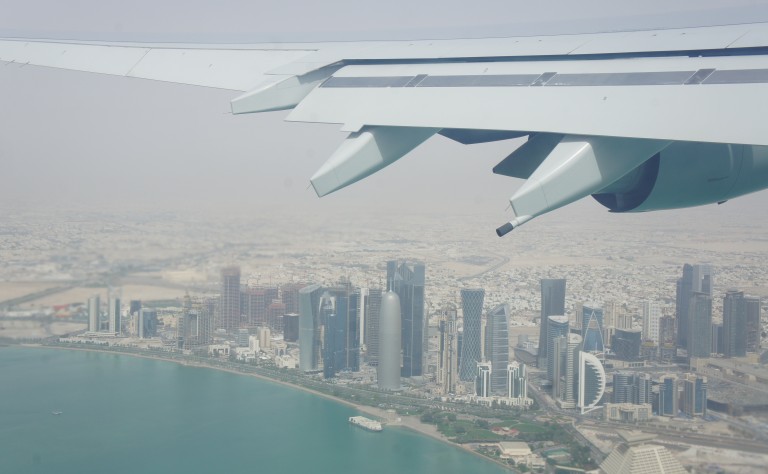 Doha, Qatar From An Airplane Window

Doha is Qatar’s futuristic-looking capital, sprouting out of the Persian Gulf 400 miles west of Dubai.