Warning: include(): Failed opening '/home/greguipw/public_html/fromwayuphigh.com/wp-content/advanced-cache.php' for inclusion (include_path='.:/opt/alt/php56/usr/share/pear:/opt/alt/php56/usr/share/php') in /home/greguipw/public_html/fromwayuphigh.com/wp-settings.php on line 65
 Is Rio Safe? | From Way Up High
Is Rio Safe? 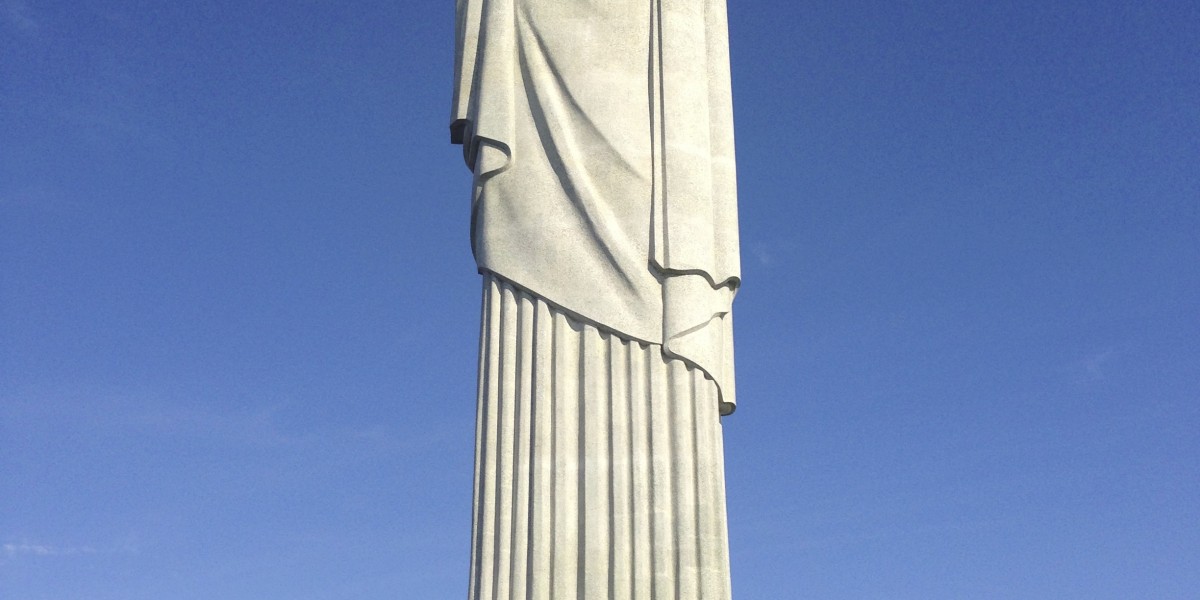 The safety section on Rio de Janeiro’s Wikitravel page starts with a warning: “the following information may panic you.”

At 2,000 words, this was the longest safety section I’d encountered on the reader-generated travel guide. It gave instructions for dealing with muggers: “try not to stare in their faces as they might think you are memorizing their appearance.”

It warned that thieves are known to snatch jewelry right off tourists’ bodies. “Earrings are particularly dangerous.”

Other gems included: “joggers are popular targets for mugging;” “carjacking can be a threat;” and “shoot-outs may occur, especially on weekends.”

Great. So we’re going to die.

The Christ the Redeemer statue in Rio de Janeiro. Hi Jesus. Please protect me from all the horrible things people say will happen to me in Rio.

The page’s claims didn’t seem outrageous considering that soon after we made our travel plans a female tourist was kidnapped and raped by three men. A month later, another woman was raped on a city bus.

Then there were warnings from well-intended acquaintances who had never been to Rio but knew it was a dangerous place. It was enough to make anyone second-guess a trip.

We were there for five nights and I’m delighted to report that no one got raped, murdered, robbed or kidnapped. Aside from those four hours we were trapped in a sushi restaurant during a national protest, our trip was delightfully incident-free.

Maybe it was luck. Or maybe Rio’s not the big, bad place your “well-intended acquaintances” will have you believe.

We visited multiple neighborhoods during our visit, but my favorite spot was Leblon.

We rented an apartment on the corner of Av. Ataulfo de Paiva and R. Aristides Espínola, an area brimming with bars, restaurants and markets. There were people everywhere and we felt safe walking around at night. Added bonus: we were just a few blocks from the beach.

We later heard Leblon was the richest neighborhood in the country.

We stuck to Leblon after dark and didn’t venture into the nightlife districts of Lapa or Santa Teresa. I’m old and my idea of fun is drinking beer and people-watching at a neighborhood bar. There was plenty of that in Leblon.

The Carioca Aqueduct in Lapa. This area supposedly has a great nightlife scene, but we were happy to bar hop in Leblon.

Taxis were plentiful in the city center and along the beaches. Rio is a massive city and you’ll find that taking them is a quicker – and maybe safer – option than walking. We had no problem hailing them off the street.

There was never an opportunity to ride the subway. For what it’s worth, the same Wikitravel article that warns of carjacking, shootouts and muggings says the subway is “fairly” safe.

Overall, Rio felt very comfortable. There were no overly-aggressive panhandlers or hawkers. Nobody catcalled. There was no uncomfortable staring. We stuck to the well-lit, beaten path and had a great time.

Rio hasn’t always been so comfortable.

The city hit its peak in the 1920s when hotels like the Copacabana Palace made it an exotic destination for the rich and famous.

But in 1960, the capitol of Brazil was moved from Rio to Brasilia and a few years later, military dictators took over the country. They silenced the press, tortured their opponents and stopped funding social programs.

Democracy returned to Brazil in 1985. Cariocas, as Rio citizens are called, reclaimed their city and focused on reviving the previously abandoned neighborhoods. About 20 years later, police “pacified” the city’s favelas, reducing the power of the drug lords who previously ran the neighborhoods with iron fists.

Restaurants in Rio didn’t take any chances with security. At Vezpa Pizza in swanky Leblon, the condiments were chained to the table.

These changes helped reduce the violence. The city’s reputation improved and Rio won the bid to host the 2014 World Cup and 2016 Summer Olympics.

Despite the gains, safety precautions are everywhere in Rio.

Armed police stand guard at almost every other street corner.

And even the restaurants in the swanky neighborhood of Leblon don’t take chances.

At Vezpa Pizza, just around the corner from our apartment, the peppercorn and basil were chained to the table. 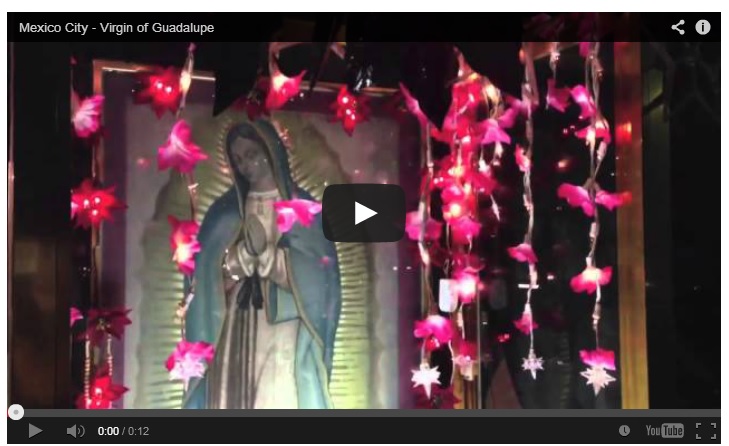 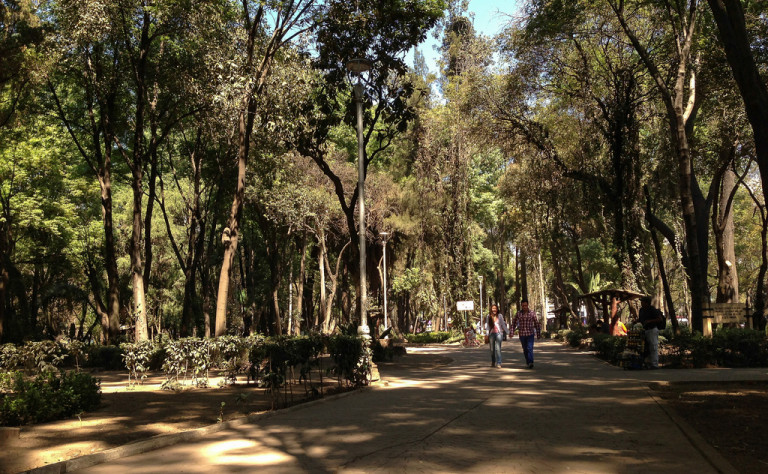 Parque Mexico is a lush pocket of palms and jacaranda trees located smack dab in the middle of Mexico City’s Colonia Condesa.