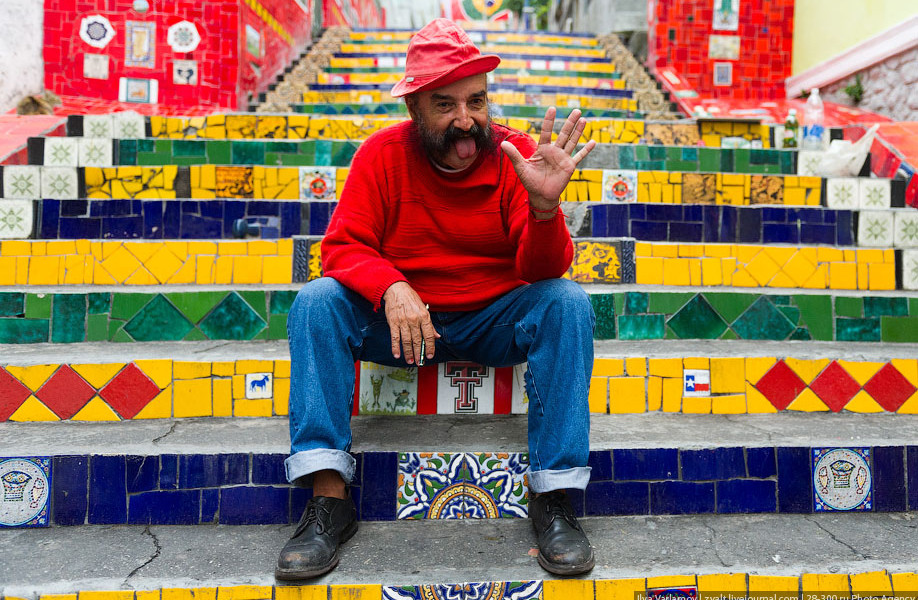 Burned and covered in paint thinner, Selaron died on the staircase he had spent the past two decades bringing to life.

Born in Chile, Selarón landed in Rio de Janeiro’s Lapa neighborhood in the 1980s. He was pushing 40, a little poor and a little hungry when he started sticking tiles into the brown, urine-scented stairs outside his home.

At first he used broken mirrors and porcelain bathtub pieces he found in the trash. Some tiles he painted himself. Some were collected by traveling neighbors. Eventually the staircase became so popular Selarón received tiles from fans around the world.

Within 10 years, the 215 steps connecting the neighborhoods of Santa Teresa and Lapa were covered in more than 2,000 tiles from 60-plus countries.

There’s the Playboy bunny, Princess Diana and the Mona Lisa. A Georgia peach, a map of London and ice skaters at Rockefeller Center are bordered by a mosaic of red tiles. The steps splash through the surrounding streets’ graffiti, barbed wire and peeling paint.

The Escadaria Selarón, as the staircase is called, was featured in Fanta commercials and National Geographic Magazine. U2’s Walk On and Snoop Dogg’s Beautiful were filmed here. The stairs appeared in Rio de Janeiro’s winning video bid for the 2016 Olympics.

Before he died, Selarón could be found working on his steps, usually sporting a bright red hat, boardshorts and mutton chops. He signed autographs, stuck his tongue out in photos and told stories to tipsy late-night visitors.

“I’m a genius!” Selarón said in a Rio Times interview less than two years before his death. “I made the most fantastic staircase ever in the history of humanity. In Rio de Janeiro! Because it couldn’t have happened in any other city!”

Jorge Selarón in November 2011. Photo by Ilya Varlamov on Flickr, who said Jorge could be “constantly spotted at the steps working by day and treating drunken revelers to fascinating anecdotes by night.”

In January 2013, Jorge Selaron’s body was found on his steps. He was 65. There were burn marks on his body. His head was soaked in highly flammable paint thinner.

Two months earlier, Selaron told police a former friend and business partner had sent him death threats after a falling out over the future of the artist’s business.

Friends said Selaron had grown increasingly depressed and reclusive after receiving the threats. His landlady found him crying two days before his death. He was reportedly suicidal.

“He even asked to be taken to the subway so he could throw himself under the train,” homicide police chief Renata Araujo told CBS News.

It rained the day Selaron was found. Someone draped a red hat on the body bag. Mourners lit candles at his doorstep.

The stairs remain a popular tourist spot though their future is unclear. Selaron changed out the tiles regularly, based on his whim. His goal was to make the staircase a living work of art.

In April 2011 he told the Rio Times that “this crazy and unique dream will only end on the day of my death.” 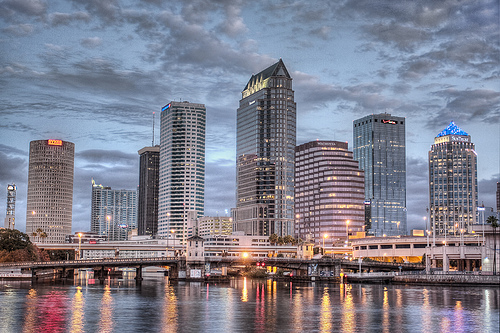 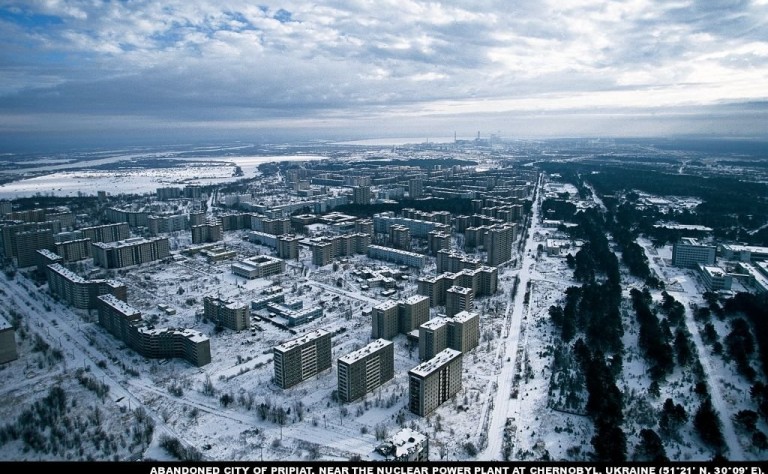 Established in 1970 as a home for workers in the Chernobyl Nuclear Power Plant, Prypiat, Ukraine reached a population of more than 50,000 before it was deserted immediately after the 1986 Chernobyl disaster. 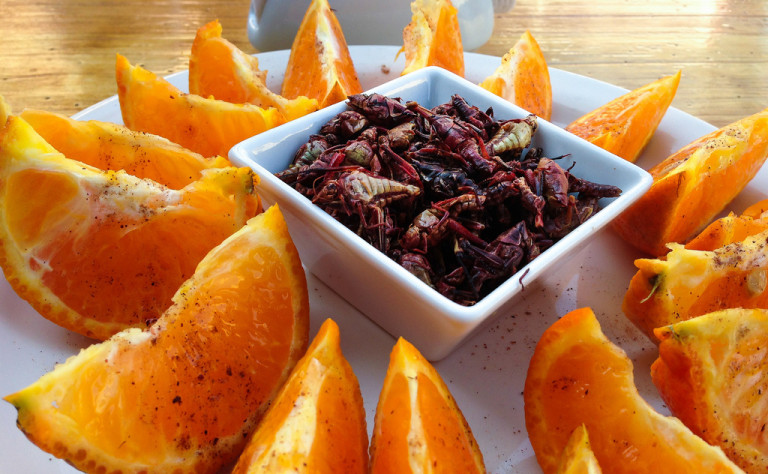 The description on NYTimes.com was intriguing:

” Al Andar … a hip mezcalería on the first floor of a renovated tenement.