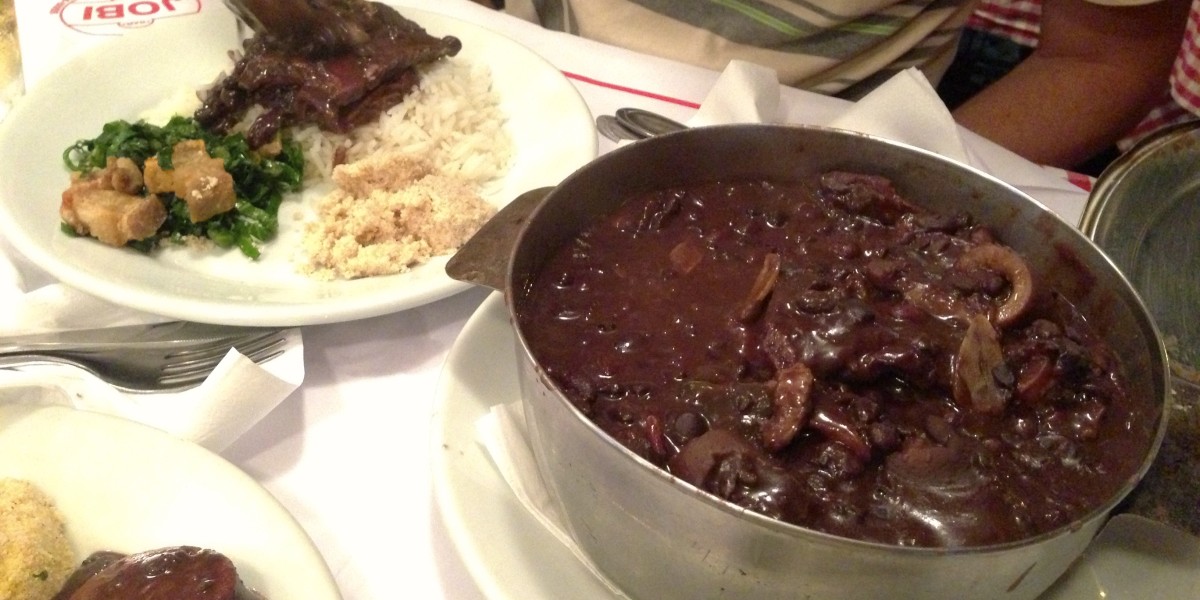 Menus in Rio overflow with dishes based on grilled meats, black beans and fried pockets of mild cheese, all garnished with crispy pork fat.

You’ll have to dig around for some variety. But fear not, hungry traveler. I did the digging for you. Scroll on for a list of my favorite Rio restaurants and bars, as well as tips on what to order.

Prices below are in US dollars.

This restaurant was downstairs from our apartment and we popped in multiple times for beer, meals or snacks. Our visit to Rio coincided with the Confederation Cup soccer/football tournament. Jobi was a great place to drink beer and watch the game.

Watching a soccer/football game at Bar e Restaurante Jobi in Leblon. Why is everyone touching their faces?

The bar’s been around since 1956 and each week serves about 10,000 glasses of chopp, a light draft beer. On the weekends it makes an elaborate feijoada dinner. The traditional Brazilian dish includes a stew of meats and beans, served over rice with greens and pork fat.

This boisterous bar serves traditional Brazilian food and almost 100 flavors of cachaça, a traditional liquor made from fermented sugar canes. This strong and sweet firewater is the core ingredient in the caipirinha, Brazil’s national cocktail.

We popped in for our first caipirinha of the trip. The Academia da Cachaça offers several variations on the traditional recipe of cachaça, limes and sugar. We tried the caipirinha aroeira which contained chunks of pineapple and peppercorn for a musky but sweet taste. The caipirinha academica had alcohol-soaked key limes and honey.

After a few sips our heads buzzed and our bellies burned. It was our first night in Rio and suddenly that long, dark walk back to the apartment didn’t seem so scary.

Bar do Gomez was founded in 1919 as a grocery store. Jesus Pose Garcia, originally from Spain, sold fine wines, seafood and olives to residents of the once-grand Santa Teresa neighborhood.

As supermarket chains overtook Rio, the grocery rebranded itself as a bar. In 2003, the founder’s grandson restored the building, getting inspiration for fixtures and furniture from photos and documents dating back to 1923.

Bar do Gomez, a grocery store turned bar that opened in 1919.

During the day, locals spill out onto sidewalk tables. The bar serves hearty snacks, sandwiches and more than 60 types of cachaça. It’s most popular dish are bolinhos, fried cod balls. They taste better than they sound.

This place is reportedly bumping on weekends, but when we popped in for a weekday lunch our only company was the Bob Marley and Michael Jackson puppets behind the bar.

This was a bummer. Online reviews and other travelers’ photos painted a much livelier picture: people perched on bar stools on the sidewalks, communal coolers overflowing with beer, sweaty locals at tables so close you knock elbows.

Despite the quiet, (and to be fair, we went during the day on a Wednesday in the middle of the off season,) the food was delicious. We ordered the carne seco com abobara, a jerked meat with beans, greens, rice and an orange starch that tasted like the South American cousin of the sweet potato.

Bar do Mineiro as empty as you’ll ever see it.

This no-frills Middle Eastern diner serves about 30 dishes including kafta and lamb stew. There were several vegetarian options and lots of lentils, tabbouleh and Sheppard’s salad.

The food was tasty and satisfying. The fries were crispy, and each table had a platter of garlic, chili and pepper sauces. Ask for the one English menu if your Portuguese isn’t up to snuff.

A fried cheese ball, rice and lentils and tabbouleh from Beduino.

It’s worth the work to find this contemporary Japanese restaurant hidden on the second floor of an alley near Rio’s state legislative assembly building. Their tasting menu features a dozen or so dishes of sushi, seafood and hot Asian-fusion plates. During our visit, courses included stingray with pineapple, a spicy crab porridge, duck confit and rabbit.

No sooner have you put down your chopsticks when another dish appears. We ate spring rolls, several rounds of sashimi, barbecue pork, rice, risotto, dumplings, fried shrimp, each with its own sauce. It’s a ridiculous amount of food. And it’s all fresh and thoughtfully prepared.

The restaurant has a classy vibe and the service is fantastic, even when there’s a national riot going on outside. 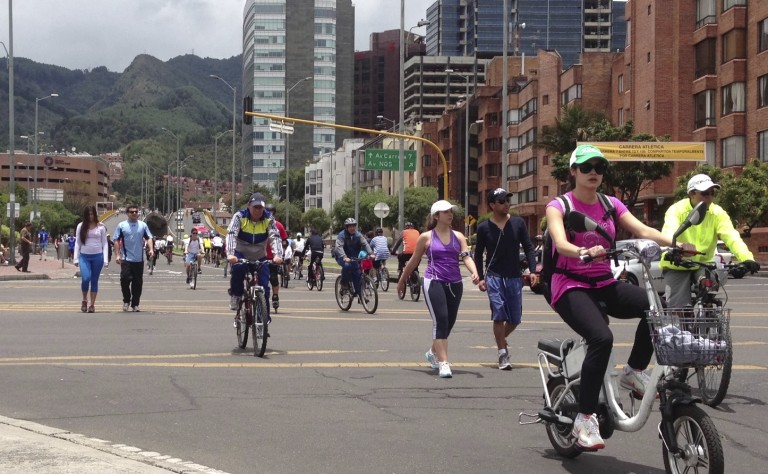 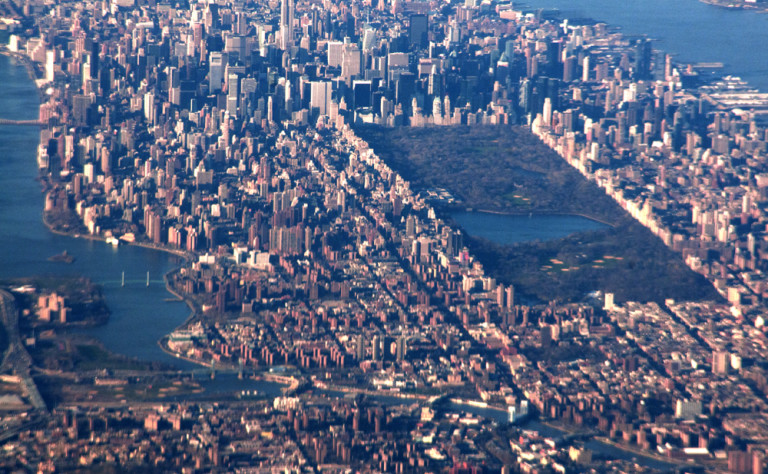 Central Park From An Airplane Window