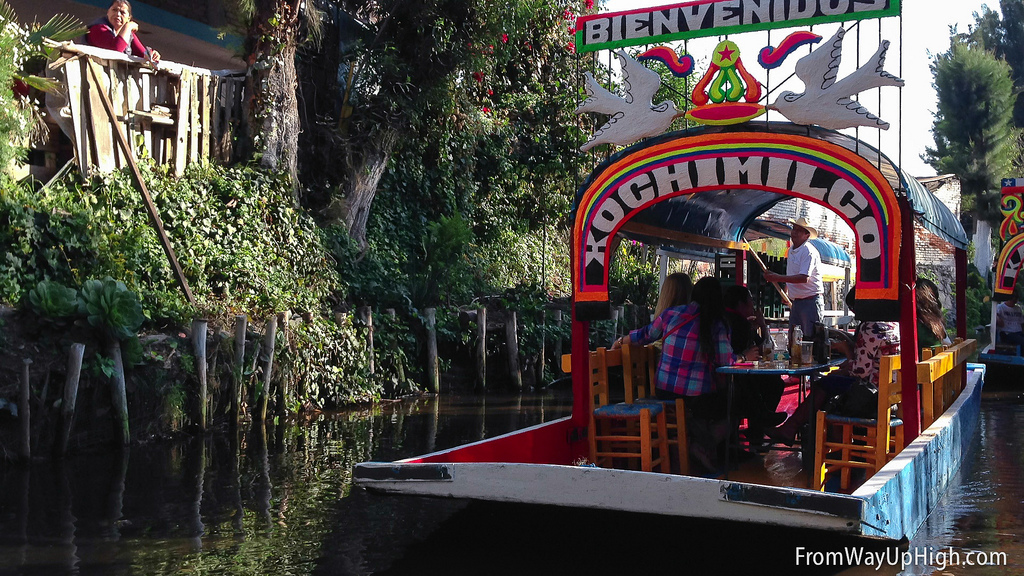 Instead of crowded roads, there was water. The honking red and gold taxis were preceded by boats. In place of today’s bars, restaurants and cathedrals sat piles of mud, reeds and tree roots.

Back then Mexico City was Tenochtitlán, capital of the Aztec empire. The city stretched over a series of man-made islands called chinampas. For years, these piles of earth gave the Aztecs easy access to Lake Texcoco’s fertile shores and ample fish supply.

And then the Spanish came along. Xochimilco is the only place in Mexico City where you can experience how the Aztecs lived before the Spanish arrived. Men share a snack on the embarcaderos of Xochimilco.

They squashed the floating city, drained the lake and built new monuments from the rubble of the Aztecs’ temples. The Spanish spared only one corner of Tenochtitlán: Xochimilco, the area’s main source of food.

Today, Xochimilco is a UNESCO World Heritage site and a popular day trip from Mexico City. A trajinera driver pushes his boat down the canals of Xochimilco. We cruised the canals in a trajinera, or flat-bottomed boat, called the Lorelay.

On Sundays the 100-plus miles of canals overflow with flat-bottomed boats called trajineras. It’s a total party. There’s singing and dancing. Boats loaded with cooks and musicians patrol the canals, offering chile rellenos and mariachi songs in exchange for a few pesos.

Get a feel for Xochimilco in the video below.

Travel tip: When we hailed our taxi to Xochimilco, the driver offered to wait and take us back to the city. We didn’t think that was necessary. Big mistake. It took us forever to find a taxi that would drive us home. It’s worth the extra USD $20 or so to have a guaranteed safe ride back to your hotel or apartment. 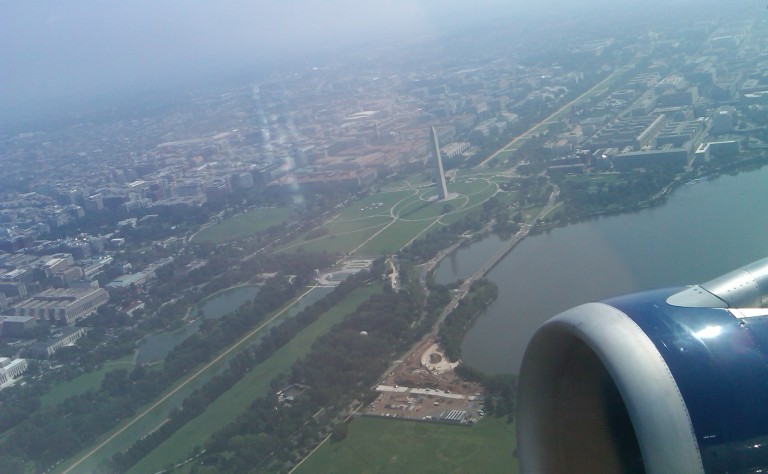 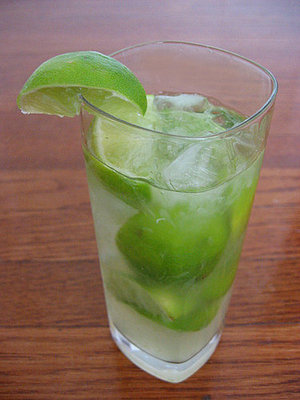 The Caipirinha – A Purely Brazilian Cocktail

Picture yourself in Rio De Janeiro.