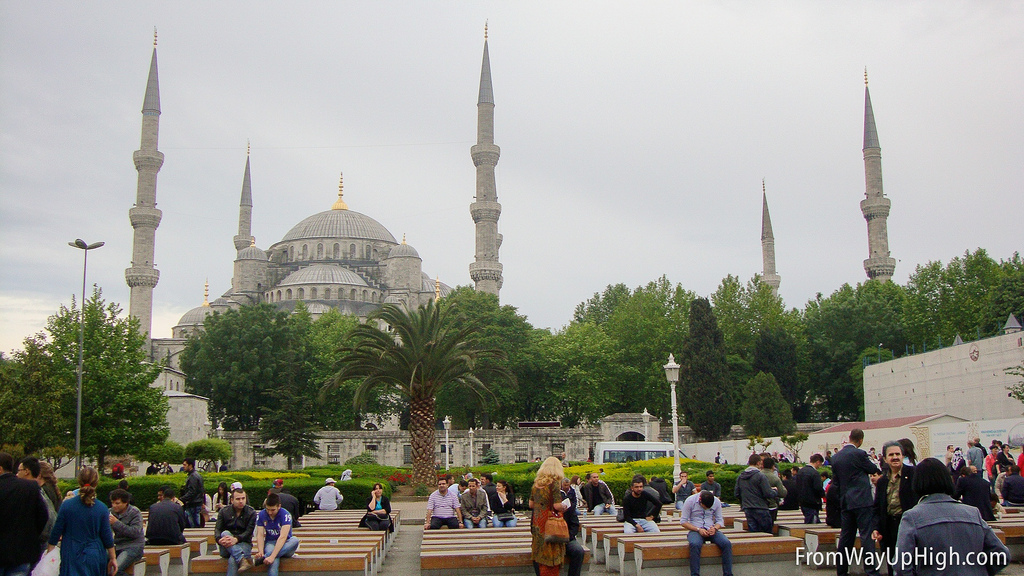 A boy in a feathery white cape and pointed hat darts past me holding a camera in both hands. He looks about seven and his feet are bare, as per the rules of the mosque.

The boy’s rumpled vest and shiny white pants signify that today is his sünnet party.

He will be circumcised by day’s end.

I come to two conclusions:

History of the Blue Mosque

For centuries, this striking building with its 210-foot minarets has defined Istanbul’s skyline. It’s technically called the Sultan Ahmet Mosque, named after Ahmet I who reigned over the Ottoman Empire from 1590–1617. The nickname “Blue Mosque” comes from the millions of turquoise tiles that decorate the mosque’s vast interior. Istanbul’s Blue Mosque is the defining dome of the city’s landscape.

Legend goes Sultan Ahmet I wanted a namesake mosque that would rival the nearby Hagia Sophia, at the time the most popular place to worship in the city. So set was the Ahmet on his magnificent vision, he had one architect who couldn’t deliver executed.

And you thought your boss was tough. The nickname “Blue Mosque” comes from the striking turquoise tiles that line the ceiling. Approximately 21,000 tiles were used to decorate the interior.

Finally, after eight years of construction, the Blue Mosque was completed in 1617.

At that time, the muezzin, or prayer caller, had to climb the minarets’ narrow spiral staircases six times a day to announce the call to prayer. Today, a PA system does all the hard work.

The Blue Mosque remains one of the finest examples of classical Ottoman architecture still standing. It’s the only mosque in Istanbul with six minarets. Rumor has it the Sultan wanted gold minarets, but in Turkish, gold (altin) is very similar to six (alti).

There was a miscommunication and, one can bet, probably another execution. This little guy won’t be smiling for long. Image by Global Jet/Flickr

The Blue Mosque is one of Istanbul’s top tourist destinations.

It’s also a stop for boys who want to visit important Muslim sights before losing their penis tips.

You’re likely to see several kids in their sünnet party costumes if you stick around long enough.

Because it’s an active mosque, non-Muslim visitors can’t enter during the daily prayers. Just wait about 20 minutes after you hear the call before heading over. Men praying inside the Blue Mosque.

There are three simple rules to follow when visiting any mosque in Istanbul: no shoes, no hair, no skin.

Before you enter, you’ll be given a little bag for storing your sneakers. Ladies get a head covering to hide their hair.

(If the idea of wrapping a public blanket around your head doesn’t sit well, bring your own scarf.)

Bare shoulders and legs are disrespectful on either sex.

We’ll close on another great people watching moment inside the Blue Mosque: seeing dudes in shorts wearing the public head coverings as makeshift skirts to hide their bare legs.

It’s been almost a year since we visited this Mexican market, but I can still smell the rotisserie chicken. 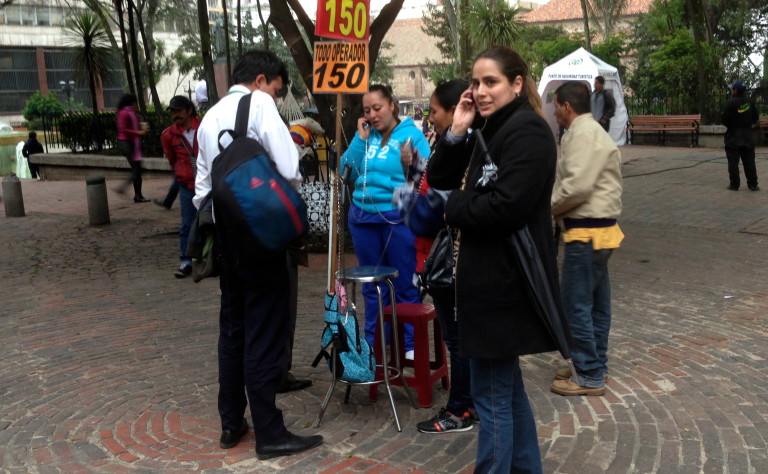