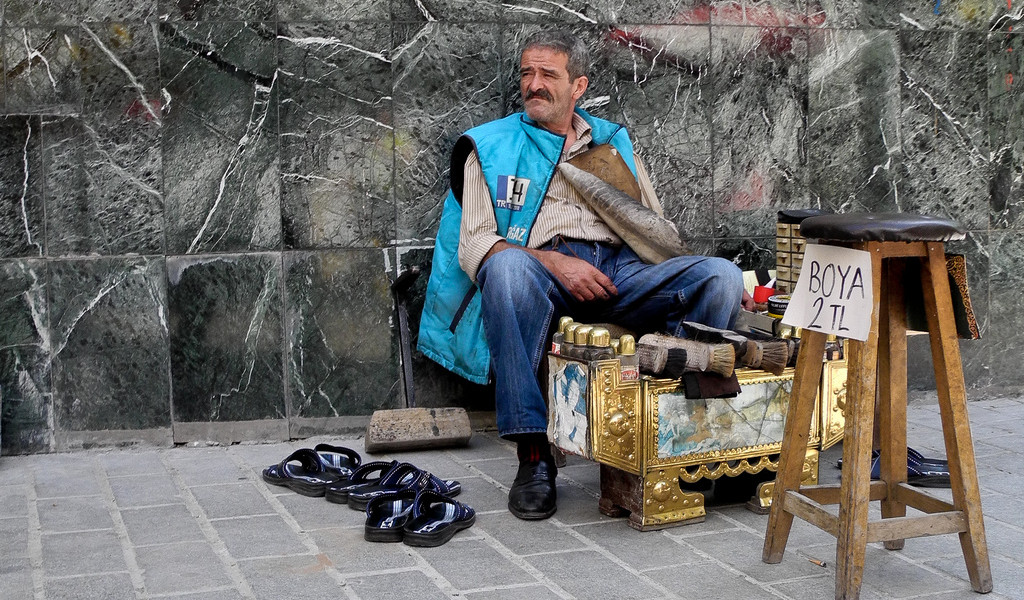 We were on a self-guided walking tour of the Golden Horn area when the man approached us.

He shifted the small suitcase he was carrying to one hand and started explaining the history of the neighborhood.

We listened. Until then, our encounters with people in Istanbul had been downright lovely. That morning, our taxi driver had insisted – nay, demanded – we each take a hunk of the sesame bun he had just purchased from a roadside vendor.

So when this guy insists we follow him up a steep stone staircase to the desolate roof of a wall built by Constantine the Great, we follow without a second thought. He points one way and says something about Asia in broken English. He points another way. We pick up the word “Bulgaria”.

And then he sits down at our feet, opens his little suitcase to reveal a collection of brushes, and offers to shine Greg’s shoes. The brushes and polishes inside an Istanbul shoe shiner’s kit. Image by Kradeki/Flickr

The guy really wants to polish them. “Please. You are such nice people.”

But really dude, we insist, you can’t shine Vans.

Something didn’t feel right. We were alone with this guy in a remote stretch of one of the city’s most conservative neighborhoods. It was late afternoon and the nearby shops and restaurants had already closed for the day.

The back and forth continued for a few more moments. The guy caved and finally just asked if we could spare some change for his sick kids back home. We gave him some lira and quickly parted ways.

The experience was odd enough to merit a Google search back at the apartment. Turns out the Istanbul shoe shine scam is a thing. There are tons of variations, but basically it amounts to some poor sucker thinking he’s getting his shoes spiffed up for free, only to receive a bill at the end that’s 10 times the going rate.

One of the shoe shiner’s tall, beefy friends usually appears out of nowhere to help him collect. Don’t let this article scare you from getting your shoes spiffed up while you’re in Istanbul. There are plenty of legit loafer polishers in town. Image by neilmoralee/Flickr

Most travelers reported falling victim when they stopped a shoe shiner who had accidentally dropped one of his brushes. The shoe shiner insisted on polishing the thoughtful traveler’s shoes to show his appreciation.

We weren’t bothered by any other illegitimate shiners during our trip. And there were plenty of valid polishers who will buff your non-canvas shoes for 5 to 10 TL, about 2 to 5 USD.

To avoid getting scammed, don’t accept what seems like a pro bono polishing. If you want a legit shine, just agree on the price beforehand.

And make sure the rate includes both shoes. 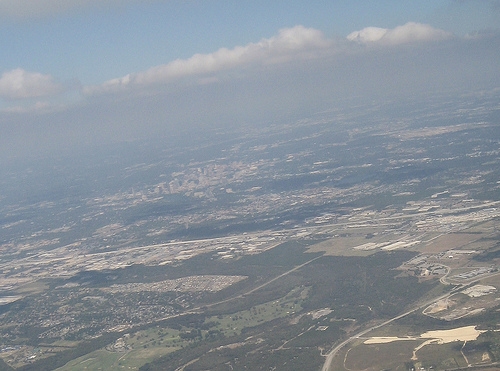 Austin, Texas From An Airplane Window

You’ve heard it all before – Austin, Texas is the music capital of the world.