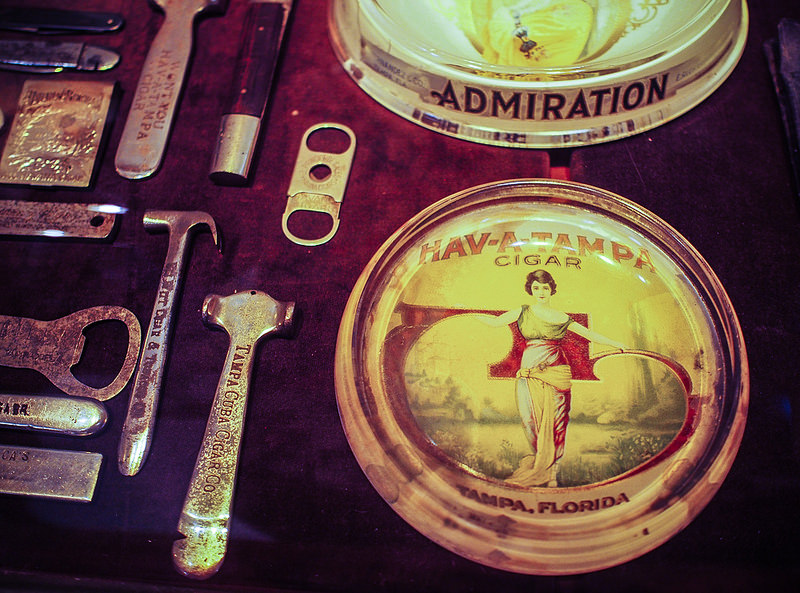 The Tampa Bay History Center traces Tampa’s evolution from a military outpost, to the one-time cigar capital of the world, to the 350,000-strong city is it today. All the stories Greg and I barely recall from our Florida history classes are vividly retold through interactive exhibits, multimedia displays and interesting collections. 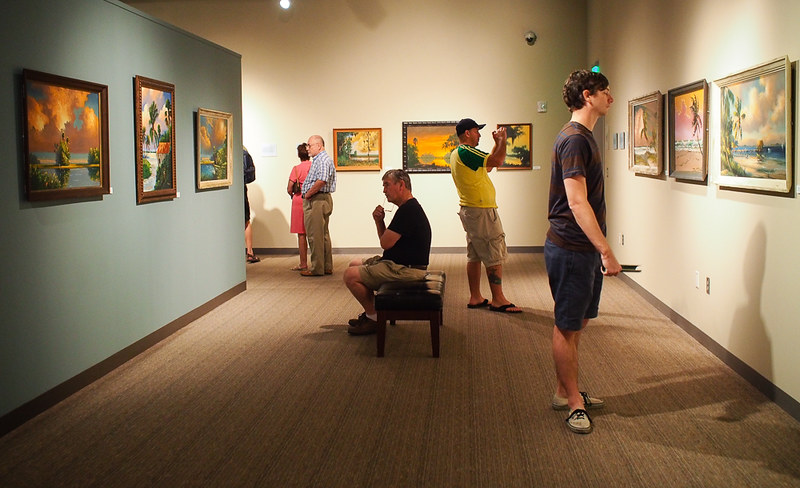 A temporary exhibit at the Tampa Bay History Museum on African American artists who made their living selling artwork in the segregated 1960’s South.

As Tampa-based travel writers, we’ve spent a good amount of time studying and writing about our hometown’s history. But this museum made us look at Tampa in a whole new way.

Here are five things we didn’t know about Tampa until our visit to the Tampa Bay History Center.

The story is said to have “inspired” John Smith’s tale of his rescue by Pocahontas. John claimed Pocahontas threw herself over his body just before one of her tribesman was about to bring a big old club down on John’s head. Pocahontas was only 11 when she reportedly performed this act of self-sacrifice, leading some historians to believe John took the story of Tampa’s Ulele and made it his own.

Bonus Fact! We can credit Tampa for the Pocahontas legend, as well as the word “barbecue,” which comes from the delicious-sounding Tocobagan form of torture – barbacoa – planned for the man Ulele saved.

Air Travel As We Know it Was Invented in Tampa

(Confession: we already knew this. But it’s still a really cool Tampa story.)

On January 1, 1914, the world’s first commercial flight landed near downtown Tampa. Local pilot Tony Jannus, 24, flew the former mayor of St. Petersburg, normally three hours away by train, across the bay in 23 minutes.

The St. Petersburg-Tampa Airboat Line lasted only three months, but it proved there was a demand for regularly scheduled air travel. The next time you hop on a plane, think of us. 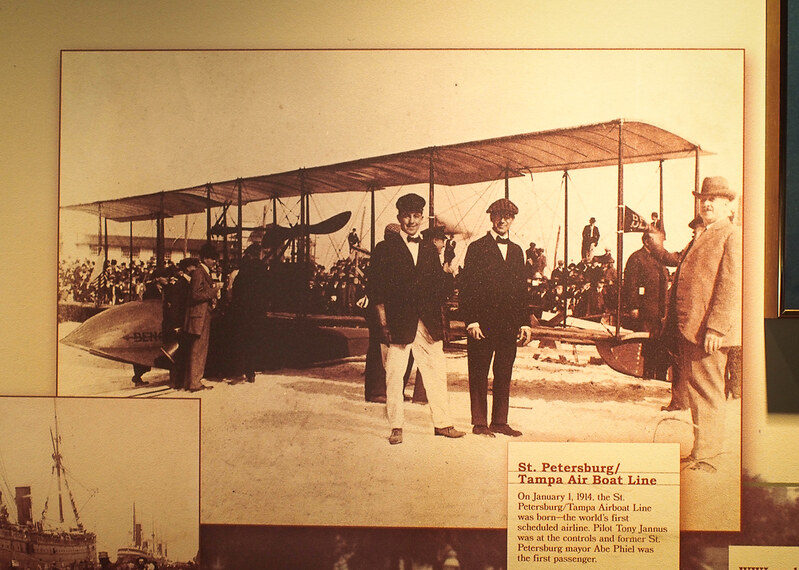 Tony Jannus and the former mayor of St. Petersburg pose in front of the plane flown in the world’s first commercial flight.

Bonus Fact! Tampa is home to the USA’s only airport brewery. Try the Tony Jannus Pale Ale, brewed on site at the Tampa International Airport.

From the 1880s to the mid 1920s, the cigar industry was the foundation of Tampa’s economy. The humid weather and proximity to Cuba, producer of the world’s favorite tobacco, made the location a no-brainer for cigar entrepreneur Don Vicente Martinez-Ybor.

He set up shop in what is today called Ybor City, just northeast of downtown Tampa. Other cigar manufacturers followed suit and at its peak, Ybor City produced more than 400 million cigars annually. Tampa was nicknamed the “Cigar Capital of the World.” 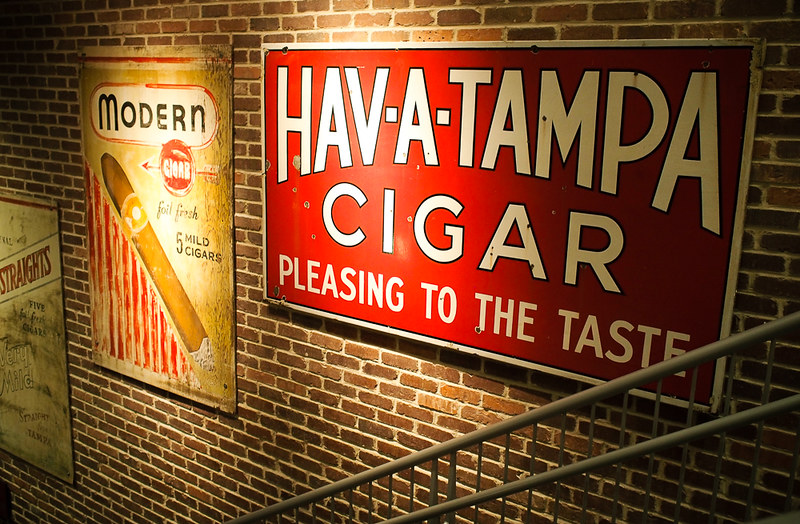 The city’s name was so associated with quality cigars, other companies from out of town put the word “Tampa” in their products’ names to boost sales.

The Cigar Factories Had Air Conditioning. Sort Of.

Today Ybor City, the former heart of Tampa’s cigar empire, is one of our favorite neighborhoods. We spent a good chunk of time exploring the museum’s cigar exhibits.

Here’s a fun fact: the city’s cigar factories were built on an east-west axis. This allowed breezes to stream in through large north-facing windows all day. Smaller windows on the factories’ south sides encouraged air to circulate.

So if you ever find yourself lost in Ybor City, just use the cigar factories as a compass. 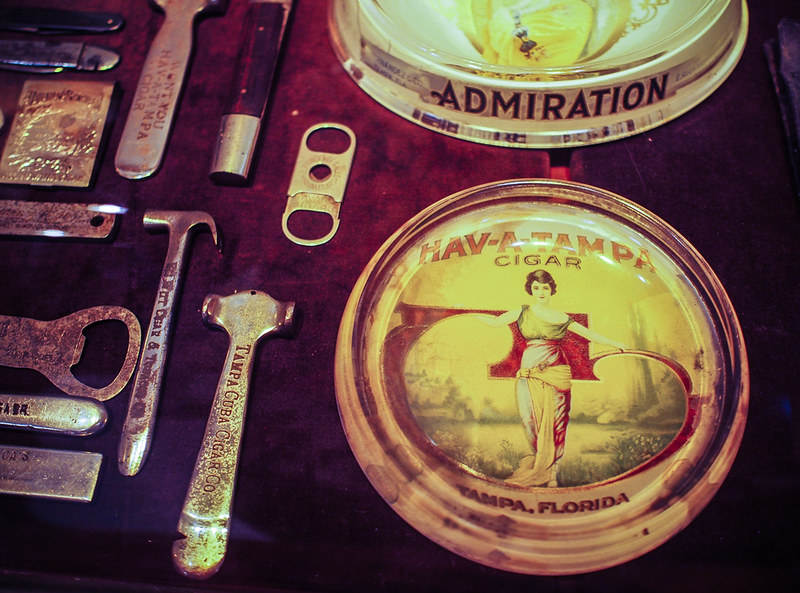 Working In The Cigar Factories Was A Sweet Gig

Ybor founded his cigar operations “with the hope of providing a good living and working environment so that cigar workers would have fewer grievances against owners,” according to the National Parks Service.

Factory workers were fairly paid, and the jobs were open to all. Cuban, Spanish and Sicilian immigrants worked with local men and woman. Little kids stripped the stems of wet tobacco leaves on the factories’ top floors.

To keep the workers entertained, readers called Lectors read aloud Spanish newspapers and novels. They updated the workers on the winnings and losings of their favorite sports teams, and read to them from local newspapers.

The Lectors had to audition for the role and were elected by the factory workers. It was the employees who decided what would be read.

The gig ended 1931 when strikes and slowdowns prompted the factory owners to blame the readings for planting socialist ideas in their workers’ heads. 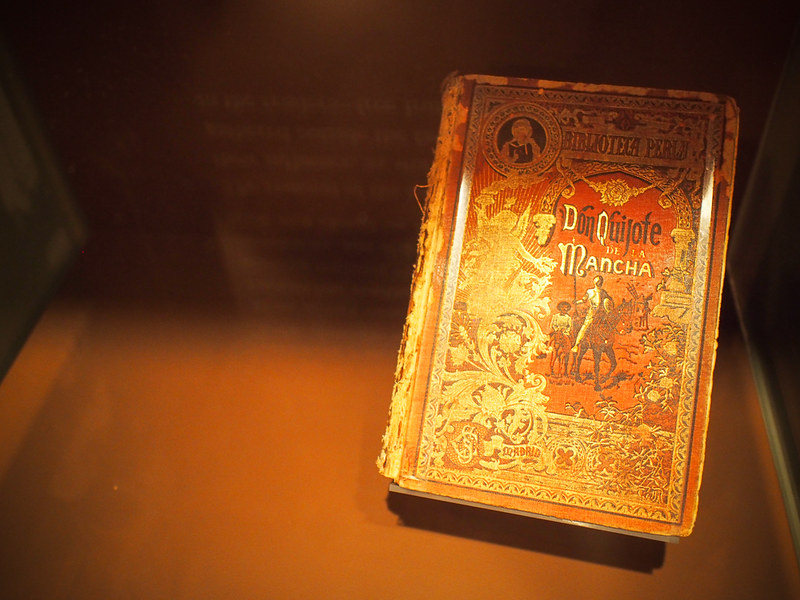 Don Quixote was one of the most popular books with cigar workers. This copy was read by a Lector who worked at several factories.

After leaving the museum, we drove home through downtown, passing some of the buildings whose histories we had just studied.

There was the old courthouse, now renovated into a swanky new hotel. There was the abandoned shell of the Kress building, which for 40 years was the city’s most popular department store. Rumors are it will be restored into an apartment complex with retail space.

Tampa has a spirit and the Tampa Bay History Center really captured it. The museum made us proud of our hometown’s past, and excited about its future. 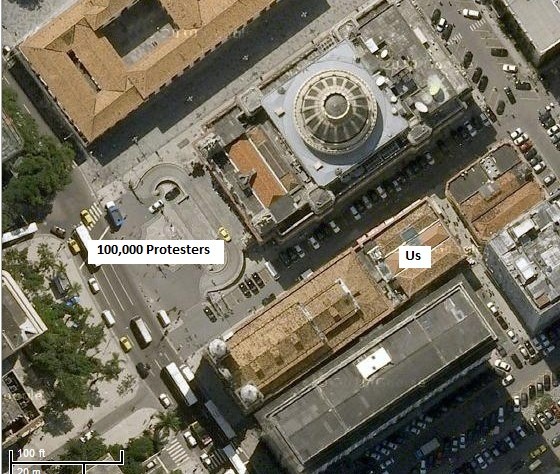 The chanting started just after dessert. 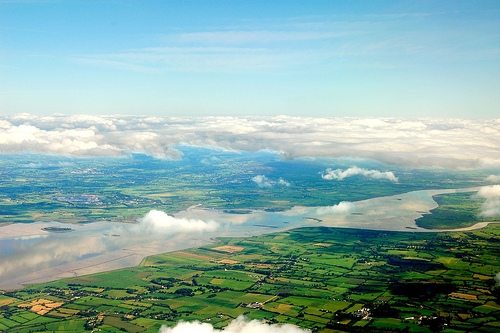 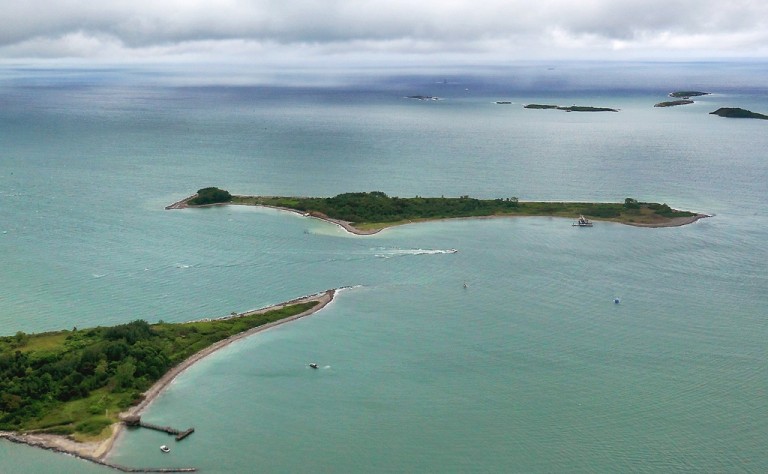 Massachusetts Bay was founded in 1630, 10 years after the Pilgrims landed on Plymouth Rock.